A hunting knife is a knife used during Hunting for preparing the game to be used as food: skinning the animal and cutting up then meat. It is different from the Hunting dagger which was traditionally used to kill wild game. Some hunting knives are adapted for other uses in the wild; such as a Camp knife, which hunters may use as machetes or hatchets when those specific tools are not available. In this case, their function is similar to a survival knife.

Hunting knives are traditionally designed for cutting rather than stabbing, and usually have a single sharpened edge. The blade is slightly curved on most models, and some hunting knives may have a blade that has both a curved portion for skinning, and a straight portion for cutting slices of meat. Some blades incorporate a gut hook. Most hunting knives designed as "skinners" have a rounded point as to not damage the skin as it is being removed.  Hand forged by GK&CO. Kukri House in Nepal 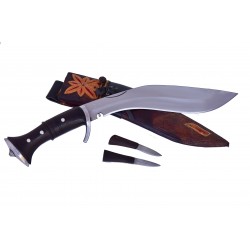 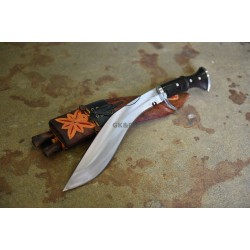 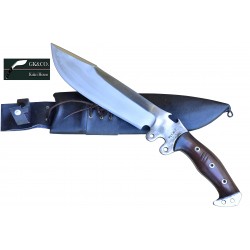 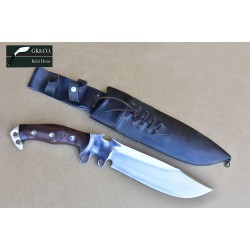 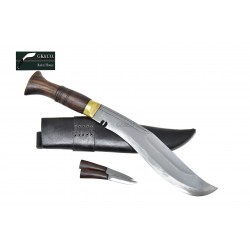 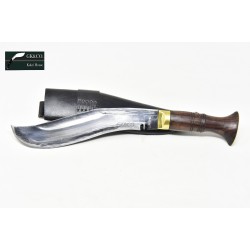 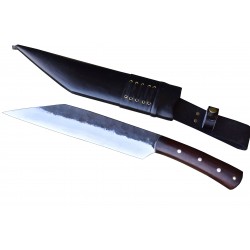 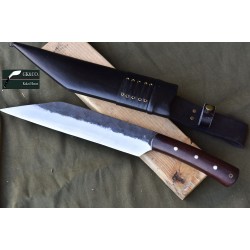 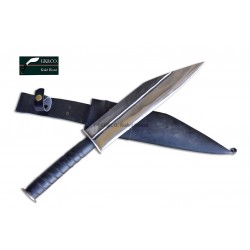 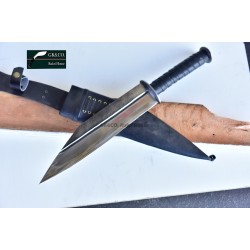 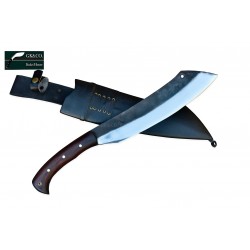 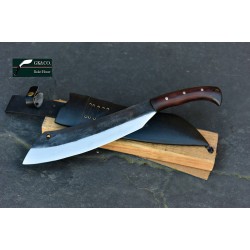 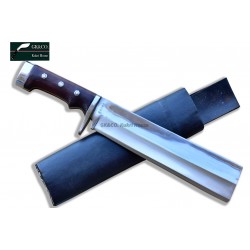 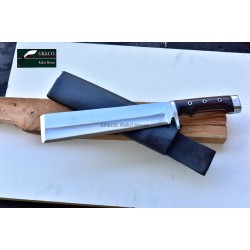 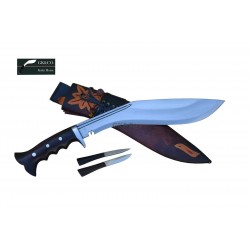 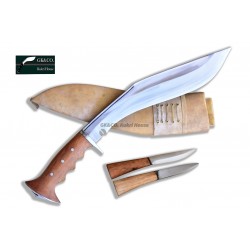 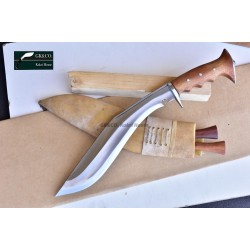 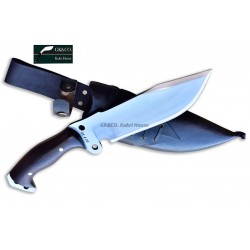 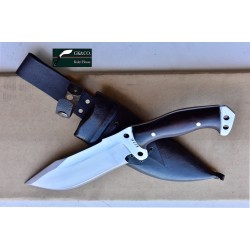 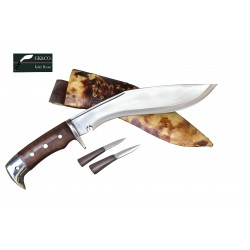 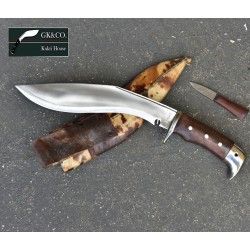 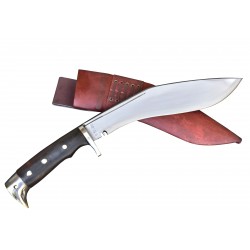 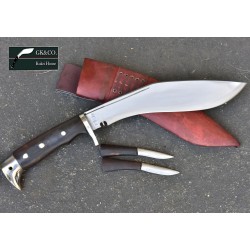